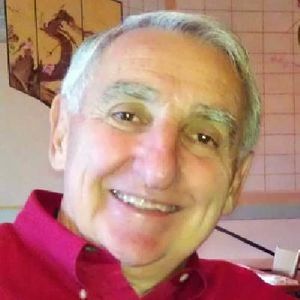 Ralph Hills is a Know AML Ambassador. He supports the program from a patient perspective, makes speeches and videos hoping his story might provide some inspiration for AML patients worldwide. Ralph and his family live in in Connecticut, USA and he was diagnosed with AML in December 2014. This is his story. It is not meant to provide any professional or medical guidance.

Although I am now 75 years old, I recently celebrated my 4th birthday. We have started counting again since I am living what I consider bonus days.

We have these bonus days for three critical reasons; a skilled and alert doctor who recognized the possibilities of new diagnostic testing, the timing of research into targeted therapies to improve the outcomes of a 50-year-old standard of treatment called chemotherapy, and a family that committed 100% of their time for 18 months to my support.

In December 2014, I had a routine physical. But my blood tests indicated I should see an oncologist immediately.

Two days later, my wife and I were in a cancer center in Connecticut with a stranger called an oncologist who told us four things:

A first visit with an oncologist is surely the start of hard family times. We went home, no longer in control of anything. We cried a little, no anger, mostly shock and sorrow for what had happened to our family. I was resigned to our fate and for the first time in my life, I had no hope.

Acute is a bad cancer word, because it means fast growing. Chemotherapy is the decades old treatment for AML, it has harsh side effects and probably only a temporary treatment at my age. Telling us to “get our affairs in order” sounded to us that my life expectancy was shorter than before the diagnosis.

The doctor, telling me to get that second opinion in New York, is the reason I am still here.

We met our new oncologist at Weill Cornell Medicine, Dr. Gail Roboz, who did immediate blood and bone marrow extractions. She also did studies of my overall medical health and physical conditioning.

But I wondered why we came to New York at all when she prescribed two 30 day cycles of chemotherapy, the same plan as in Connecticut.

But then something truly amazing happened. On a Sunday evening, 12 hours before my Monday chemo start hour, Dr. Roboz called us at home and asked if I would consider changing my treatment plan.

Dr. Roboz told us she had performed some extra tests on me and explained I had a leukemia mutation that might respond to a novel new treatment. Dr. Roboz made it very clear that it was our decision, not hers.

On that Sunday evening, we sat there facing a life-or-death choice. We could choose chemotherapy, with very harmful side effects and for people my age, a probable short life span. Or we could take a chance on an unproven drug with no idea how it might work.

The next day, instead of going to our Connecticut chemo center, we went back into New York and elected to participate in a drug trial of a revolutionary AML treatment.

Except for trips to New York every two weeks for blood tests and bone marrow extractions, I was at home, taking a daily trial drug pill. I have never had chemo.

Those are the medical facts. But hanging on in that condition during these many months was all about the role of family and friends’ support which enabled me to persevere on patience alone, when there seemed to be no reason for hope.

My wife Dorcas carried all the physical, and so much of the emotional load for over a year. I was at home full time, upstairs in bed, not seeing anyone to avoid being exposed to germs or infections. Twice a month, Dorcas drove me on two and sometimes three hours drives one way in traffic for my bloodwork and bone marrow tests.

We fought the battle together.

I have had cancer patients tell me they dread waking up and facing their day. That is very understandable. But for me, during those first four months of 2015, opening my eyes from sleep was always a pleasant surprise.

That was because something was keeping me alive longer than I expected. Something from Agios Pharmaceuticals, an innovative startup company in Boston, Massachusetts.

For 50 years, the US standard of care for AML has been chemotherapy, alone or in combinations. Yes, chemo kills bad leukemia white blood cells but it also destroys marrow, platelets and red blood cells. It is very dangerous for older people who may not recover, even with blood transfusions from healthy people.

Dr. Roboz’ special tests showed I had a leukemia with a 10% mutation called IDH2. And Agios was testing a drug targeted against that specific mutation. The new therapy targeted only the bad leukemia white blood cells, and that left room for healthy cells and platelets.

Weill Cornell Medicine, using social media, sent us complete blood and marrow test results every two week alerting us at 3:00 am. Dorcas was always awake waiting for those 3:00 am reports. Four months after we started the drug, by May of 2015, we started to feel hope return as the leukemia counts went down. I remember the numbers, 70%, to 42, to 20, to 12.

In October 2015, Dr. Roboz politely cut our appointment short saying “you can go home, your blood looks normal”. Those wonderful words were a major turning point in this, our second chance.

It took six more months, but by April 2016, my severe digestive tract issues were resolved, and my strength slowly continues to return.

I believe I am alive today for three reasons. We received that second opinion in a big research center hospital in New York, where Dr. Roboz knew about the latest mutation testing, took the initiative to test my AML mutations, confirmed that my general health was good enough, and enrolled me in the right trial among thousands on-going in the United States.

Then we were so fortunate that the timing of my diagnosis matched up with what the people of Agios Pharmaceuticals dreamed to do. They looked at a completely different way to approach leukemia and developed my drug in a few short years.

If I had been diagnosed 2 years earlier, there would not have been a trial for me at all. And I now know my prognosis without Agios was a short 6–8 months, mostly in intensive care.

I have a great doctor, and the timing of my miracle drug gave me a second chance at life. But anyone with an AML diagnosis knows how important it is to have physical and emotional support from others. I can never repay the extraordinary care I received from my wife Dorcas, and from family and friends that helped me endure those terrible 17 months.

I am not a famous person, but my leukemia trial drug story has amazed friends throughout the world. Our story is now posted on the internet and in medical journals.

My drug, and three variations, because of some good results like mine so far, received approval by the US FDA in 2017, the first new AML drugs in 27 years.

But I also know the work is not done. My story is in the news, but so are stories about how hard it still is to find patient biomarkers. And how it is difficult and time consuming for clinicians to match a patient with, and register them for, the right targeted therapy. Dr. Roboz did all that for us.

In 2019, progress continues in research thanks to cloud computing, shared resources, and creative researchers and caring donors. There is progress, yes, but when I go in for my checkups in New York, the oncology waiting rooms are always full.

So now I have a really big dream.

That every oncology doctor worldwide, not just in major centers of excellence, might be empowered with next generation, high resolution, cloud based, diagnostic tools.

That every patient, young and older, will have those new tests as the first step in a new standard of care followed by approved, precision medicines as an option, or supplement to, chemotherapy.

So someday, what we call treatments now, might be called cures.